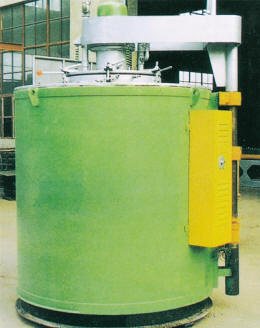 steel part at a temperature sufficient to render the steel austenitic, followed by quenching and tempering to form a martensitic microstructure. the resulting gradient in carbon content below the surface of the part causes a gradient in hardness, producing a strong, wear-resistant surface layer on a material, usually low-carbon steel, which is readily fabricated into parts.

in gas carburizing, commercially the most important variant of carburizing, the source of carbon is a carbon-rich furnace atmosphere produced either from gaseous hydrocarbons, for example, methane (ch4), propane (c3h3), and butane (c4h10), or from vaporized hydrocarbon liquids.

carbon sources low-carbon steel parts exposed to carbon-rich atmospheres derived from a wide variety of sources will carburize at temperatures of 850°c (1560°f) and above.

in the most primitive form of this process, the carbon source is so rich that the solubility limit of carbon in austenite is reached at the surface of the steel and some carbides may form at the surface. such atmospheres will also deposit soot on surfaces within the furnace, including the parts. while this mode of carburizing is still practiced in parts of the world in which resources are limited, the goal of current practice in modern manufacturing plants is to control the carbon content of furnace atmospheres so that:

endothermic gas (endogas) is a blend of carbon monoxide, hydrogen, and nitroge 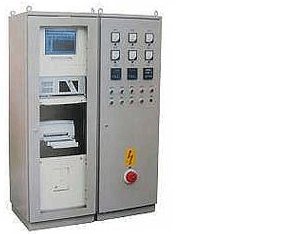 n(with smaller amounts ofcarbondioxide water vapor, and methane) produced by reacting a hydrocarbon gas such as natural, gas (primarily methane), propane or butane with air. for endogas produced from pure methane, the air-to-methane ratio is about 2.5; for endogas produced from pure propane, the air-to-propane ratio is about 7.5. these ratios will change depending on the composition of the hydrocarbon feed gases and the water vapor content of theambient air.

a carrier gas similar in composition to endogas produced from methane can be formed from a nitrogen-methanol blend. the proportions of nitrogen and methanol (ch3oh) are usually chosen to give the same nitrogen-to-oxygen ratio as that of air, that is, about 1.9 volumes of nitrogen for each volume of gaseous methanol.